When we arrived at Kostomuksha, Yuri, who is the assistant of the association Lupus Laetus, welcomed us and we went to the village of Voknavolok about 50km further north. After following different paths through the forest, we stopped the car on the banks of a river.

At this time, two ecovolunteers Maud and Camille came for us in a boat to take us to the other side where the camp is located.

The house where we are welcomed is an old wooden farmhouse with a sauna inside. There is no running water or electricity. The lake water is our resource, a generator for electricity will allow us to recharge the batteries for about two hours a day.

When we arrived, two cubs were still hibernated in a den located 20 meters away from the house. They have been in contact with the man after birth and Lupus Laetus association wants to put them back into the wild. They arrived in automn 2013 and chose the barn of the house as their den.

The awakening of these two bears occurs in mid-May and we put them transmitters in order to track them. Indeed, the risk of such rehabilitation is that they head for a village in search of food.

After putting the transmitters, bears returned to their den. They went out the next day and stayed around the house. They went to the barge and licked some leftover fish then headed for our compost before going back to bed overnight.

Lack of food on the camp made ​​them more aggressive and they tried to enter the house. It was very funny at some times, especially when they followed Maud to the toilet and tried to open the door, and at other times, we were worried about the success of the rehabilitation.

The same evening, Vladimir and Yuri took them in the forest. It lasted only one night because the next day they returned to the camp, but were no longer pursuing the man, who seemed to be positive.

Among our daily tasks, we continue the maintenance, cleaning, construction, improvement, but also hiking in the taiga and obviously taking the time to observe the bears.

In parallel, eight cubs arrived from the quarantine center of St. Petersburg. German journalists came to film the conditions of their rehabilitation in their environment. Prior the release, we prepared a barge to carry the cubs, and it will also serve as an observation place. An island of just under 2 acres has been selected for the release. A very basic camp was installed in front of the island so that ecovolunteers remain permanently to monitor their activity and eventually bring them some extra food (porridge, dog food...).

After released, there were some complications, since one cub was found dead, another disappeared. The bear was most likely killed by a big male bear. It was therefore decided to be permanently on the island to avoid the presence of wild animals, but also fishers who are too curious.

At the base camp, the two cubs finally took the way to the forest and we lost their tracks despite the presence of transmitters. After 4 days of searching, the female came back very hungry to the camp and adopted again a behaviour of following the man. Faced with this new situation, it was decided to take her in the forest, to stay in permanence with her and to give her additional food without she could associated man with this food. This is tricky but fortunately temporary because the abundance of berries in July will delight bear. Finally after a few days, her brother came back which allowed the team to destress and to let them in the forest together while keeping an eye on them.

Then, Vladimir brought a lynx and two cubs to release them on an island and monitor their behavior using photo-traps.

For our part, it’s time to leave the reserve and prepare our departure for Mongolia. Our vehicle has not been driven for two months, but it started first time ... Our friend Mendes (Eric Maufay) advised us very well on the choice of this vehicle.

A small wagtail complicated our departure since it set up its nest in our bumper on elastic ropes. 3 days before departure, we moved the nest and its six eggs beside the vehicle in a safe shelter we made. Unfortunately, the wagtail abandoned her cubs. They did not die for nothing, because we used them to feed a young long-eared owl.

We leave the camp having a thought to other ecovolunteers who continue the work and with whom we had a great time. The construction of the house in record time (less than 8 days) was a great moment. A big thank you to Cyril who composed the music for our film.

Return to Kostomuksha, Yuri welcomes us home and we take our last days to discover another reserve prohibited to the public. It is a virgin and unexploited forest where we can see trees of about 300 years.

Yuri and his family are among our most beautiful encounters here in Russia. Yuri took care of us like he was our father and made the necessary for that our trip continues at best, especially in giving us contacts on the road (in Moscow and Ufa), but helping us for the administrative papers (phone, car insurance, maps ...). He will now travel with us, since he gave us one of his jackets, and his wife a bag of food ... Too cute mom Marina and dad Yuri...

For those who enjoy the scenery, you will not be disappointed by coming in Karelia. Indeed, when we have the chance to spend time in the taiga, we feel that the time has stopped and we are alone in the world.

You can watch the video we made, it explained our mission to the Lupus Laetus Association.

The sheet of this association will soon be updated on the website in the "Reserves" page. 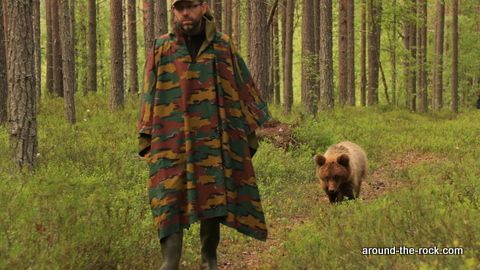 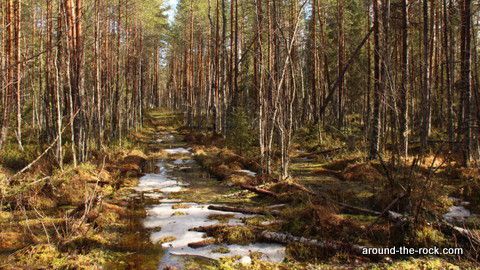 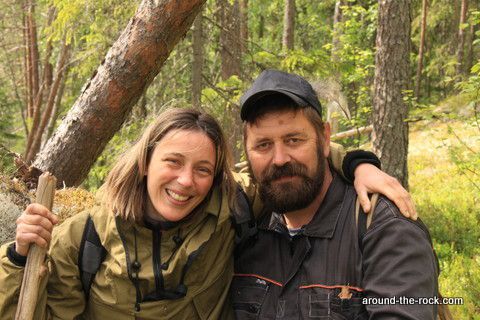 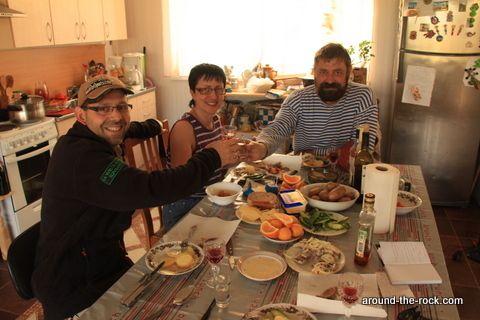