We arrive at Hustai National Park on July 30th and meet Munkhbat TARAV, responsible for research and communication, who we met previously in Ulan Bator. Bandi, the Director of the park receives us into his office to better understand what we thought with Munkhbat. The proposal is simple, we are making a film of 5 to 6 min on promoting eco-volunteering. To accomplish this movie, we have free access to the park, we camp next to the tourist camp and enjoy all the facilities (showers, toilets and staff food). We are very excited about this agreement because the price for an ecovolunteer is 55 euros per day and it was not possible for us to spend so much. The price asked to the ecovolunteers is high, but the service is very good (program, coaching, additional activities, accommodation, meals and transport). It is always regrettable to pay to be volunteer, but in general the organizations hosting ecovolunteers are open to discussion, allowing each to perform its mission according to their desires and requirements. Ours were very reasonable, we keep our rhythm and sleep in Totoy when traveling and in the tent when we get to the tourist center.

The Przewalski horse (or Takhi Mongolian) is the last wild horse in the world. The species became extinct in the wild in the 60s but was still in captivity in zoos and in private reserves. Having been the subject of several rehabilitation programs, we can now see it again in the wild or semi-wild in Mongolia, Kazakhstan and China. Here is part of the story of the Equus przewalskii in a few dates (that you can read by the end of this article).

To make the film of the reserve, we traveled part of the park with Naraa who is the ecovolunteer coordinator, biologists and botanists. We have obviously learned a lot with them, but most of the time we were alone in the morning or evening to take the time to make beautiful shots.

For example, the day we filmed the red deer, we went at the end of the day in altitude to find where they were sleeping, which allowed us to shoot them at sunrise (around 5am).

Regarding the marmot hidden in the rock, we were surprised by its cry while we were walking up in the mountain. For the two small marmots, it took about three hours for them to be confident and that we can film them within 5 meters. The marmot is still threatened despite the Mongolian law banning its hunting, because its meat is highly appreciated by the locals. However in Hustai national park, its protection is effective and there about 50 000 marmots. The best time to see it is in the spring when they are in search of food.

Filming the Takhi is a bit simpler as they go into the valley near water points in late afternoon until the next morning. However, the best pictures were made when we followed harems climbing the mountains. The final shot where a part of the staff of the park is "transformed" into Takhi was an amazing coincidence. In fact, we had made ​​an appointment with Munkhbat and his team at 8:30am to organize shooting, hoping the sunrise would bring beautiful colors. When we woke up, the sun was there, with a harem of Takhi passing near the camp. We had never seen them here since our arrival. We immediately had the same idea and went to film the Takhi. Then we just had to place the staff where we had seen the Takhi.
In parallel, we followed Noémie, a French ecovolunteer which has become one of the leading actresses of this little video and with whom we had a great time. You can read soon her testimony on the website. Her last day corresponded to the departure of a team of Japanese scientists and birthday’s Naraa, which gave us a good opportunity to celebrate and share a good time around the Mongolian barbecue. What they call barbecue does not correspond at all to what is known in Europe. Indeed, they kill a goat, completely empty it retaining the head, the horns, the front legs and a body part. They then replace into the carcass, meat, ribs, seasonings and large stones (like pebbles) highly resistant to heat, then they close the animal at the backside. Offal (heart, liver, stomach, tongue) are cooked separately. The animal is then passed completely flame for cooking, which also helps to remove hair. After this, it is ready to be brought on a tray, it only remains to open the beast and retrieve the meat from inside, the feast can begin.
To conclude, we keep very good memories of Hustai team who has always helped us to make this short video.
We would like to make a small nod to two French travelers with whom we spent many evenings talking about travels. Indeed, Martha and Anne-Laure traveled much of the world with ease and gave us a lot of valuable information for the rest of our trip. They surprised us by drawing a little strip cartoon (cf. picture above).

The story of Przewalski’s horse in a few key dates

1878 : Colonel Nikolai Przewalski (1839-1888) brought a horse’s skull from Zaisan (frontier post between Kazakhstan and China) to the Zoological Museum of the Academy of Sciences in St-Petersburg.

1881 : The russian scientist Poliakov announced this skull was from a wild horse and named it « Equus przewalskii ».

1898-1903 : Expeditions to catch foals (adults were too shy and too fast) were organised in Mongolia. Many parents were killed when they tried to protect their foals. Within 6 years, 88 foals were captured, only 54 arrived alive in Europe and some were sold to private owners and some others were sent in zoos. It has then been checked that among these 54 foals, only 13 of them had the genetic characteristics for initiating a long-term breeding policy.

1945 : After World War II, Kazakh soldiers led by general Ospan came to southwestern Mongolia. They had no country, no family, no livestock and they killed many groups of Takhis to satisfy their needs.

1960s - 1970s : Many Mongolian and Russian expeditions were sent out to locate any remaining wild Takhi, but it was a failure.

1969 : Last observation of the Takhi by a mongolian local herdsman in the Dzungarian Gobi (south-western Mongolia).

1977 : Creation of the FPPPH (Foundation for the Protection and the Preservation of Przewalski’shorses) whose aim is the reintroduction of captive bred Przewalski horses into the wild.

1979 : IUCN and WWF International acknowledged the reintroduction plan for Przewalski’s horses as an official project. With their approval, WWF The Netherlands launched a national campaign to generate funds for the purchase of Przewalski’s horses from Western European zoos, from the former Soviet Union and from North American zoos.

1980 : First breeding group released into a reserve in Lelystad Nature Park, The Netherlands.

Five more « semi-reserves » have been established in Germany, Ukraine and in the Netherlands. The aim is to decrease the inbreeding by equalising as much as possible the representation of the 13 original founders of the world’s surviving population of Przewalski’s horses.

1990 : 961 Przewalski horses are in captivity worlwide in zoos and in private areas.

Hustai Nuruu Mountain is chosen for one of the reintroduction of Przewalski’s horses by the FPPPH.

1991 : Horses from the « semi-reserves » have been brought to Nature Park Lelystad, The Netherlands.

6thJune 1992 : In parallel, horses have been landed in Takhin-Tal in the Dzungarian Gobi. This operation have been organised by the businessman Christian Oswald in cooperation with the Mongolian Ministry of Nature and Environment.

1993 : The State Parliament declared Hustai Nuruu Nature Reserve as a « Specially Protected Area » and upgraded to Hustai National Park in 1998.

=> A total of 84 Takhi have been sent to Hustai National Park in 8 years.

Sept 2004 : 12 Takhi arrived in Khomiin Tal (North-western Mongolia). This operation was organised by Takh association in France, in partnership with WWF Mongolia.

There are 159 Takhis in Hustai National Park, divided into 15 harems.

2014 : There are 7 places of reintroduction of Przewalski horses :

A population of about 500 Przewalski’shorses have a good chance of living sustainably in Hustai National Park, which could therefore secure the Takhi’s future.

Biologists and scientists study each harem since 1992 with the help of rangers, students and eco-volunteers. Their work is very important to forecast the necesary resources of the increasing number of Takhi and other species living in the park. 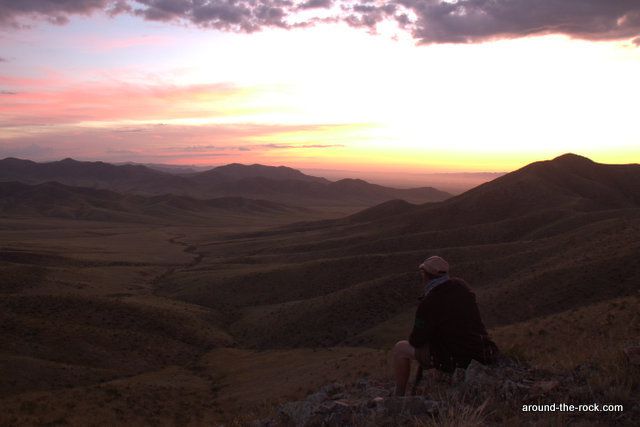 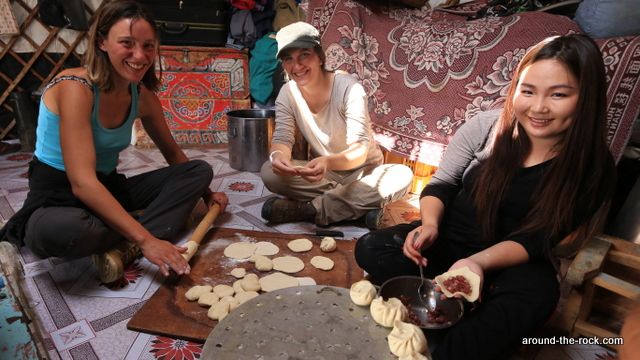